Canadian Dollar Recovers After a Week of Losses 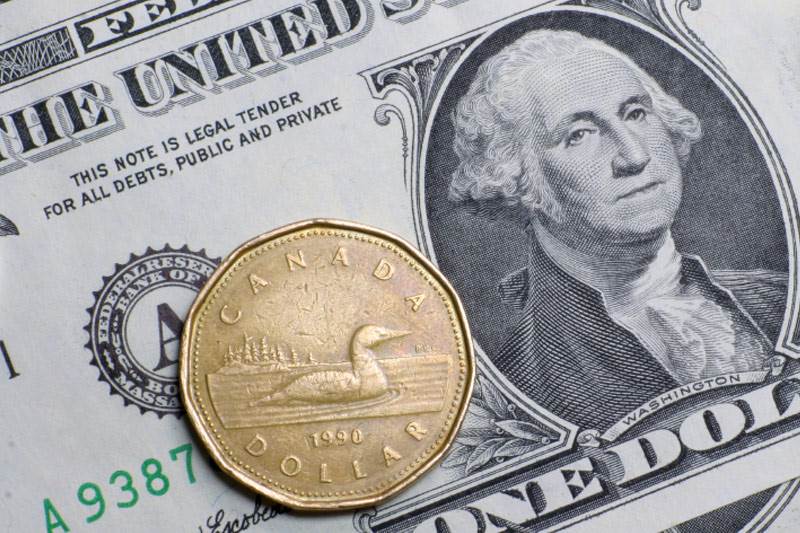 Last week the oil futures market saw December's rally effectively fade, despite being aided by the increasing tensions between the United States and Iran and the fears regarding a potential supply disruption in the market.

It’s important to note that the current state of affairs doesn’t necessarily reflect a better geopolitical situation and that the most recent actions aren't hinting towards a peaceful resolution. After all, we must remember that Iran attacked American army bases last week and although the attacks weren’t especially significant (in terms of number of causalities) the United States government still decided to impose additional sanctions against the Iranians. Nevertheless, it seems that investors understood that despite the rising tensions the oil supply wouldn't necessarily be affected in a significant way, just as we suggested last week.

The situation in the oil futures markets also played against the Canadian Dollar.  Oil is one of the main Canadian exports, and the energy sector itself accounts for around 7.8 percent of the Canadian gross domestic product, making its currency very sensitive to the movements of this market. A rallying U.S. dollar has also affected the value of the CAD, especially as the signing of "phase 1" of the agreement between the United States and China approaches.

Besides those factors, last week's data about Canada's balance of trade didn't aid the Loonie either, as the country is heavily trade-dependent.  Data showed that Canadian exports fell for their third consecutive month in November, falling by 2.7 percent from October's figure while imports dropped by 1.7 percent, leaving the trade gap at around CAD $1.09 billion.  According to Statistics Canada, such a situation is due to Canada's longest railway strike in a decade, which took place at the end of November 2019 and lasted eight days, affecting the shipment of imports and exports in a significative way.  Canada's energy sector exports also fell 7.4 percent because of pipeline disruptions that took place in October.

Despite these disappointing facts, the Bank of Canada recently highlighted the improving global economic situation, as tensions seem to be fading (or, perhaps more correctly, the threat of an imminent battle seems to be diminishing). Nevertheless, the bank remains cautious regarding the potential implications of an eventual trade deal between the United States and China.

“Certainly, it seems that the potential downside risks have eased as the United States and China approach a deal. This all bears watching during the coming year,” said the Bank of Canada Governor Stephen Poloz last Thursday.

Unlike its counterparts in the developed world, the Bank of Canada has consistently refrained from cutting the cash rates, leaving them unchanged at 1.75 percent since October 2018. This is noteworthy given the weakening global economic situation the world experienced last year, which drove other central banks to cut their cash rates and to employ monetary easing to aid the sluggish economic growth.

The bank has justified its decision to leave the rates on hold claiming that despite the global tensions, Canada's inflation levels remain close to its target, signaling that the Canadian economy has been operating close to its potential output, unlike the United States and the European Union.

Notwithstanding the above, the Loonie still managed to recover on Friday after the markets learned that Canada's unemployment rate fell unexpectedly to 5.6 percent in December, from the previous month's 5.9 percent.

It's still not clear whether the Bank of Canada will prefer to remain on the sidelines, clinging to the optimism caused by this data release, or will choose to finally cut the cash rates. In any case, we won't know until January 22, after the bank’s next policy meeting.